While lecturers and staff offer different kinds of support and assistance to students, it is at times difficult to reach out to everyone and not all students are willing to admit that they need extra support. With all these issues in mind, the Diak’s Trustees Model for DSS (Bachelor’s Degree on Social Sciences) students was developed.

The concept of having trustees is widely used in the field of community organizing and activism. In community organizing, it is deemed important to appoint individuals who will ensure that everyone in the group feels valued and motivated, and most importantly, that everyone feels safe. Trustees act as mediators – someone who is ready to listen, interact, and give perspectives that the person needing support might not notice otherwise.

In the context of A49dss, trustees are volunteer students who help other students in their class or group. The A49dss trustees model was piloted in September 2020 – May 2021. After drafting the ground rules, four student trustees were appointed by the class. The group also agreed that the main role of the trustees was to support their peer students in their studies as well as other issues related to personal and study life balance. The trustees will also work together with the teacher adviser, in case there were internal issues or challenges within the class. This report is a short overview of the A49dss trustees model, the challenges that the trustees encountered and some recommendations for further development.

It is estimated that around 85 percent  of the A49dss students had some contact with the trustees. Each trustee played a different role in the process.

The trustees estimated that weekly support was given to several students during the fall semester. The contact lessened during the spring semester, which can be attributed to the fact that most of the students had their first placements.

Below is an outline of the support that the trustees have provided:

Practical matters regarding studying in Diak

Support related to studies and courses

There are also initiatives that were introduced by the trustees.

Challenges of the current trustees model

It is important to highlight that the trustees were already willing to engage with and volunteer their time to their peer students from the very beginning. Upon reflection, this genuine desire to support others is an important characteristic of a trustee. While the trustees have different skills and strengths, they were also able to complement each other and worked well together as a team.

The trustees model can be considered as a good initiative to support the students in their studies.

It was also a challenge in the beginning to encourage their peer students to contact the trustees. At some point, one trustee was contacted more frequently than the other trustees. Building trust between the peer students and trustees takes time and effort and remote studies also made this extremely difficult. It was also challenging for the trustees to identify those who need extra support, those who wanted to be in touch as well as those who prefers to be left on their own.

The trustees model can be considered as a good initiative to support the students in their studies. After a reflective workshop session with the trustees, teacher adviser and guidance counsellor, Here are some recommendations on how to develop the model further:

Based on the experiences of the trustees, it seems that the model helped the students maintain their motivation to study as well as provide support in dealing with their personal struggles, and therefore promoted the positive mental health of the students. The current trustees model is also instrumental in building a more sustainable and supportive DSS community. 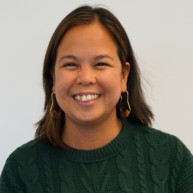 The writer is a Senior Lecturer in the field of Social Services at Diak, who is interested in community organising, intersectional feminism, anti-racism and diverse societies. 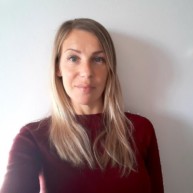 The writer is a second-year Social Services student at Diak. She is interested in promoting social issues and children's rights in particular. Her goal is to learn and experience as much as possible during the degree program to become a versatile professional in the field of social services. 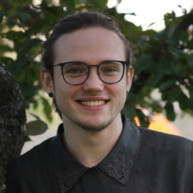 The writer is a current trustee and student of the Social Services programme in Diaconia University of Applied Sciences who is excited to bring art-based methods into their social work practice to promote self-discovery, agency, resilience and social solidarity. 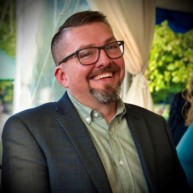 The writer is a clinical and pastoral counsellor from Glasgow Caledonian University and currently studying Social Services at Diak. An entrepreneur at heart, having started ten businesses over a thirty year career. He is passionate about justice issues and has worked as a board member for a Finnish anti-human trafficking organization for many years.