In December 2020, four alumni discussed the topic of “diversity as a superpower”. They had graduated from the Degree Programme in Social Services (DSS) at Diaconia University of Applied Sciences in 2017–2018.

We started the discussion by asking the four alumni how they understood the concept of diversity. They emphasized that diversity is a complex concept that covers economic and social aspects of human life. Diversity, they said, usually refers to a variety of features such as age, sex, sexual orientation, generation, nationality, ethnicity, religion, country of origin, language, physical and mental ability, culture, education, social class, and work experience. These diverse features often determine a person’s social and political status and are used as a basis for diverse forms of discrimination. Therefore it is important to promote equality in society.

The alumni said that, during their DSS studies, diversity manifested itself in various ways.

The alumni said that, during their DSS studies, diversity manifested itself in various ways. Students came from different countries, spoke several languages, had different belief systems, represented different age groups, and had different work and educational backgrounds. The alumni also remarked that, for many students, English was not their first language, and that this also had an impact on communication between the students. These elements of diversity were constantly present in the teaching sessions but also played an important role during students’ free time.

”Studying at Diak involved extensive exposure to a mixed group,” the alumni agreed. They considered that constant exposure to, for example, diverse cultures, ethnicities, languages, accents, belief systems, and values during their studies helped them to widen their perspectives and taught them tolerance. This lesson, they thought, was also an asset later, when they entered working life. It helped them to empathize with clients in social services. However, this lesson was not easily learnt, as questions related to diversity also led to clashes between students. “The more diverse the group is, the more difficult it is, but you also learn more,” as one of the alumni put it.

The discussions during lectures and students’ groupwork assignments were sometimes heated. This was especially the case when the discussions revolved around sensitive topics such as sexual orientation, sexual violence, racism, skin colour, or gender. These heated discussions left some students feeling excluded and discriminated against.

One of the alumni also pointed out that in the diverse group of DSS students, language played an important role. Some spoke English as their native language or were otherwise fluent in it, thus giving them an advantage in the discussions. Those not as fluent did not always find the space to express themselves. As one of the alumni mentioned, different English accents were also used as sources of discrimination.

There are “two sides of the coin,” as one of the alumni said.

Thus, there are “two sides of the coin,” as one of the alumni said. On the one hand, “you always carry your own cultural package” with you. On the other hand, you want to become more tolerant and you want to understand different viewpoints better.  All four alumni emphasized that understanding different belief systems, mindsets, and the ways people are raised requires both time and patience but also willingness to reflect and question one’s own assumptions. As one of the interviewees put it: “When coming to Finland, you find new identities and you need to identify yourself again.”

The challenges related to diversity during their studies inspired students to organize a Human Library event for the whole of Diak. Human Library is a library consisting of people, human books. The human books often represent a stigmatized or marginalized group of people. Borrowing a book for a certain period of time allows you to discuss topics that you do not normally engage in. This helps the reader to reflect on and question their own biases and overcome prejudices.

We asked the alumni how diversity and the challenges related to it were taken into account during their studies. The alumni said that, at the beginning of their studies, it was important to receive support from teachers when getting to know other students.

The alumni also mentioned that carrying out assignments in mixed groups rather than in groups with your own friends or like-minded students helped them learn from different cultures and thus become more open-minded. Support from teachers and other staff members was considered relevant, for example, when organizing a Human Library event in order to raise awareness on diversity and overcome prejudices.

Carrying out assignments in mixed groups rather than in groups with your own friends or like-minded students helped them learn from different cultures and thus become more open-minded.

Diversity as a superpower: Being respectful and diplomatic

Interviewees felt that it was difficult to say whether they consider their experience of diversity to be a superpower. They admitted that they had become extremely aware of the various facets of diversity, the different aspects of social and political identity, and the ways these intersect. This experience has helped them to encounter clients and to work with colleagues from various backgrounds.

They also emphasized the importance of not making any prior assumptions about people based only on their background or looks. In addition, they learnt to look at diversity and its social and political consequences within a global frame.

The DSS programme enabled them to meet people from all corners of the world and from all walks of life.

The alumni said that studying in the DSS programme enabled them to meet people from all corners of the world and from all walks of life. This experience taught them diplomatic ways of talking with different people and to carefully weigh the vocabulary and concepts they use. As another alumnus, not interviewed for this article, stated recently: “It is more important to be nice than to be right.”

Finally, the alumni said that their experience from DSS groups has helped them become “culturally more competent.” However, they acknowledge that acquiring cultural competence is a life-long learning process. It requires continuous reflection on concepts such as equality, human rights, respect, tolerance, and love. It also means willingness to apply these values in practice.

We are grateful to the four DSS alumni who offered their time at short notice in December 2020 to discuss topics of diversity in a Teams meeting. 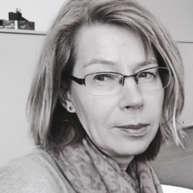 The writer is a Senior Lecturer in the DSS programme at Diak.

The writer is a Senior Lecturer in the DSS programme at Diak.